Fight the Fear of Fighting

Six Keys to Resolving Your Conflicts Like a Pro

By Ted Gerber and Tom Kruglinski

While some business people relish a good fight, most of us see conflict as something to be avoided.  It costs time and money, frays nerves and tempers, and causes stress in already too-anxious times.  In the worst cases, business skirmishes can escalate into virtual wars where nobody wins.  So, what are the keys to success in resolving your own conflicts?

To be sure, professionals in dispute resolution see plenty of the “downside” of conflict, but they also see fighting from a different point-of-view: as an occasional and unavoidable result of all human interaction with some major potential “upside” features.  If handled correctly, disagreements—even serious “fights”—can result in better products and services, better long-term business relationships, and truly innovative solutions that benefit everybody.

The trick to manage conflict effectively is to step out of the situation and view contentious problems from the perspective of a third-party mediator, a “conflict expert.”  Our work over the years as professionals in dispute resolution and our roles as business consultants and coaches has taught us six keys to resolving your own conflicts like a pro.

Key #1: Shake off the emotion.  Get your head in the right place. Breathe deeply; your brain needs oxygen. Your enemy is NOT the other party.  It is strong negative emotion that prevents you from seeing the possibilities. Step back from the situation and take command of your emotions.  Redirect your passion toward finding a win-win solution instead of beating the other person.  Imagine you were called upon to help mediate the dispute between yourself and the other party.  If you were to do this you would need to recognize the emotional forces at work while at the same time be able to separate them from the substantive issues you are trying to resolve.  While this is often much easier said than done, it CAN be done.

Visualize yourself as a truly neutral party to this conflict (perhaps as a friend looking on your conflict for the first time), just look at the facts involved and focus on the potential opportunities.  Just as a mediator to a dispute has a mindset of seeing both points of view, you can learn to look at your conflicts more objectively.  If you have trouble doing this at first, it sometimes helps to talk to a truly neutral friend and get their honest perspective.

Key #2: Focus on where you are NOW and where you want to be in the FUTURE.  Focusing on the past, whether on something that happened five years or five minutes ago, will not help you get to a solution.  Solutions are found in the future.  Good mediators look at what each side needs in order to feel that their objectives have been achieved.  It is thinking from a place of possibilities vs. either/or choices.  Think about what it would be like if you could resolve this situation and, in the process, redefine your relationship with the other person from adversary to [perhaps grudging] collaborator.

Key #3: Speak softly and put down the stick.  It’s hard for the other party to think clearly when they’re worried about getting hit. Careful communication is the route through which a solution will eventually become clear.  This may require consciously changing the tone of conversations (and declaring that you’re doing so) from one dominated by anger and fear to one that is calm, fact-based, and solution-focused.  Listen more, talk less.  Make fewer statements and ask more questions.  Engage from a place of inquiry instead of judgment. If you were mediating your own dispute it would be critical for you to carefully figure out not only what the issues are, but what lies underneath those issues—both yours and the other party’s.  Why are they so important?  What needs are they trying to satisfy?  This can only be accomplished if you operate from a mind-set of understanding.  Eliminate sarcasm and be aware of what your body language and vocal tone are saying.

If it’s not feasible to check out some of your assumptions, do your best to put them aside.  Mediators may have assumptions of their own.  In fact, they may even dislike one or both of the parties to the dispute and/or what they are trying to achieve. But to help them resolve their dispute professionally, they need to not let those dictate how they will operate.  Instead they need to set them aside in order to broker a solution satisfying to the parties.

Key #5: Remind yourself of difference between “wants” and “needs.”  Just like we teach our kids this difference, we need to be aware of it when we are in conflict.  What we originally hoped for in the situation is not as important as what we really need from a resolution.  And while you’re considering your own needs, try putting yourself in the other person’s shoes and see if you can guess what their needs are.  But don’t assume, ASK AND PROBE.  If both parties can focus on basic needs, you may well come up with a creative solution that meets those needs with some “wants” thrown in as gravy.

Key #6: Focus on creating multiple OPTIONS for a win-win outcome.  Be creative, think outside the box.  The more options you generate the more likely it is that you will find one that works well for both parties.  Mediators are good at asking the “What if” questions to explore possibilities.  Asking “what if” we do XYZ to resolve the dispute does not mean either side is committed to that option. But it does allow them to explore possibilities, which may lead to a win/win outcome.  Use the fact that you and the other party have differing needs and values as a source of inspiration for a truly productive resolution to the conflict.

Finally, remember it takes two to tango.  So you might want to try sending this article to the other person involved in yo 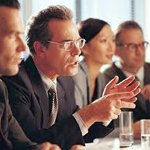 If you find yourself thrust into the role of mediator in a dispute between team members, functions, or other parties, use these three principles to get you started on the right foot: 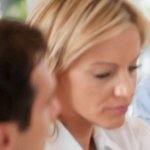 You can’t really resolve organizational conflict until you find the underlying root cause or driving force behind the conflict.  Conflict can be much more than disagreement on the substance of an issue, and gaining expedient surface resolution may not allow conflicting parties to do the hard work to reach true resolution.  So the conflict will come up again (and again) in new permutations.

To address the root cause of a conflict, those engaged almost need to have an out-of-body experience, e.g. imagine they are in a helicopter looking down on the parties in dispute.  This will provide a new frame of reference and trigger a more receptive state of mind to ask and answer questions like: 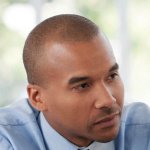 Often, executives are not as effective as they could be in influencing others because they don’t take enough time to prepare to influence.

When I ask my executive coaching clients how much time they spend putting together business plans, they respond in numbers of weeks or months. But when they go into a meeting where it is critical for them to influence others, they wing it!

To influence effectively, prepare. Here are some key questions to think about as you prepare for interactions where you want to exert influence: 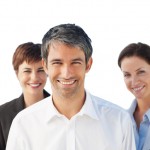 One of the most successful executives I know deals with difficult personalities by establishing a win/win mind set at the beginning of every interaction.  He walks into meetings and declares that no matter what difficulties or barriers emerge, he will find a way to create a win/win outcome. With win/win as the destination, this leader gives context to objections, emotional outbursts, and aggressive behaviors. He keeps the focus on finding areas of agreement.

You, too, can use a win/win approach when dealing with difficult people: